We noticed that one of our boys was regressing in his life skills. Although he had spoken some words one day they were gone. Along with the recording of the only time, we heard him speak. We recorded him and his brother talking on a portable tape recorder for children. We came home to find one day the babysitter just let big brother string it all over the house. We were sad but really did not know that we would never capture that again. At least for a long time and it was a challenge for sure. But one that is rewarding.

We were told when he was 10 that he would never speak so he was discharged from individual speech class. I set out to prove this guy wrong and I vowed to bring him in front of him one day to say “what’s up”?

Here is a video of him in 2016 proving he can talk if we just never give up on him. I noticed he was using our cellphone cameras and making recordings of his own voice and playing it back and when you imitated his words no matter how silly you sounded he would get all excited and very interested in working on his voice.

We have always been active in making sure our boy could somehow learn to live a normal life as best as he could. Here is another video of him proving them wrong.

At least 5 months have passed and a lot has happened including our family being accused of neglect. Our battle is still not won yet we were found innocent of the accusation. We have to continue to advocate for our son. Until he is able to do it for himself and watching this video will show you how much he really wants to and how close he is getting there.

He wants to talk so bad, so why is no one helping him? He is 16 and nonverbal. His name is Parker and he is awesome. He is so smart and he is trying to talk. It is because of us and our constant participation in teaching him how to tell us what he wants while pairing it sometimes with his device.

The school’s therapists had me investigated for neglect and that is so far from the truth. The only way he is being neglected is from his school.

They won’t listen to me and tell me to get in home services. I got a script from a doctor and they still denied him. He really needs that squeeze machine in school. I don’t have one here at home.

I do like his teacher this year. She is very nice to him and I don’t think she really believes what everyone at school is saying about us. I feel really bad that this year I missed his parent-teacher conference but it was around the time that I was away from home for my mother’s breast cancer treatments and when Parker got home from school he would empty his book bag and I would not see the papers that were in there. One day I found it under the bed. I had never missed a conference ever in any of the years Parker has been in school since the age of 3.   So that may have made me look bad to her.

Parker used to have a vestibular III in our living room and a merry go round and a big barrel and a small trampoline. When we moved we brought the Bolster with us and put it in his bedroom. It was huge. But he had a very big room. When we moved again we couldn’t put it up. But that didn’t seem to bother him because we replaced it with the park. As he got older he could enjoy the park more.

I was told one day by a speech teacher in the Philadelphia school district that if my son didn’t talk by ten he never would. He already knows how but can’t seem to put it all together but is getting better at it daily.

Here are some fun videos we did.

Hope you enjoyed a look into Parkers world. Come back again soon and see some more of Parker’s progress. 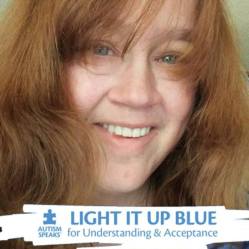 A video series by Dawn Meyers about the struggles of our family dealing with a situation of Autism, State, and School. It’s an interesting story if you would like to listen. It is broken up into 8 parts so you can come back to it. The story is quite long and I could have written it but I decided to record it so you can just relax and listen and see some of our family photos. I am happy to do this because it helps me and helps raise awareness of what is going on out there in the world of autism. Thanks for watching and leave comments, please. I would love your feedback.

Hope you enjoyed my video series. I know I babbled. But it’s kinda like watching a movie where you need to build the characters before you tell the story. I did both at the same time. Hope it wasn’t too painful. LOL. It was a long night. I was up till after 5 am. recording this. I don’t even remember what I said most of the time but I do know what my point was. 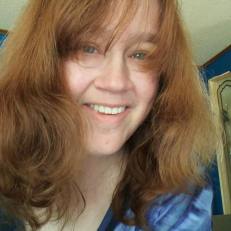